The Carpet Man project began in autumn of 2011. Carpet Man is a moving sculpture. Fifteen years ago I had spent a few nights rolled up in an old piece of carpet sleeping on my studio floor, this in many ways was the start of the incubating process for this work.

The Carpet Man project could not exist without the help of others. I would like to mention in particular Emma Brezing, Jozef V.Voda, Liam McGrath, David Newton, Oliver Fallen, Christodoulos Makris, Des Hamilton, Gary Robinson, Vukasin Nedeljkovic, Sean Cotter, Dave West and Denny Collins - a heartfelt thank you to you all. 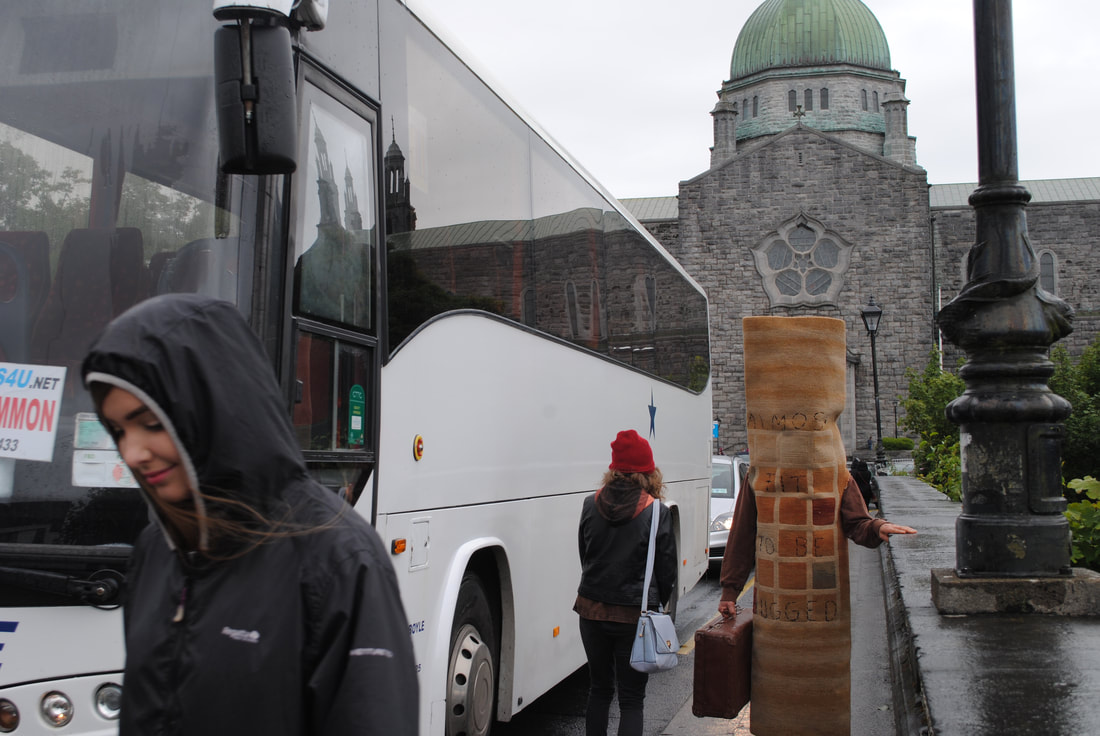 Carpet Man in Galway during Galway Arts Festival, July 2017. He walked from Artists-Run-Gallery 126 to NUIG, connecting the two venues which were both hosting Memory Has A Pulse, with Gary Robinson, Sean Cotter and Thomas Brezing. 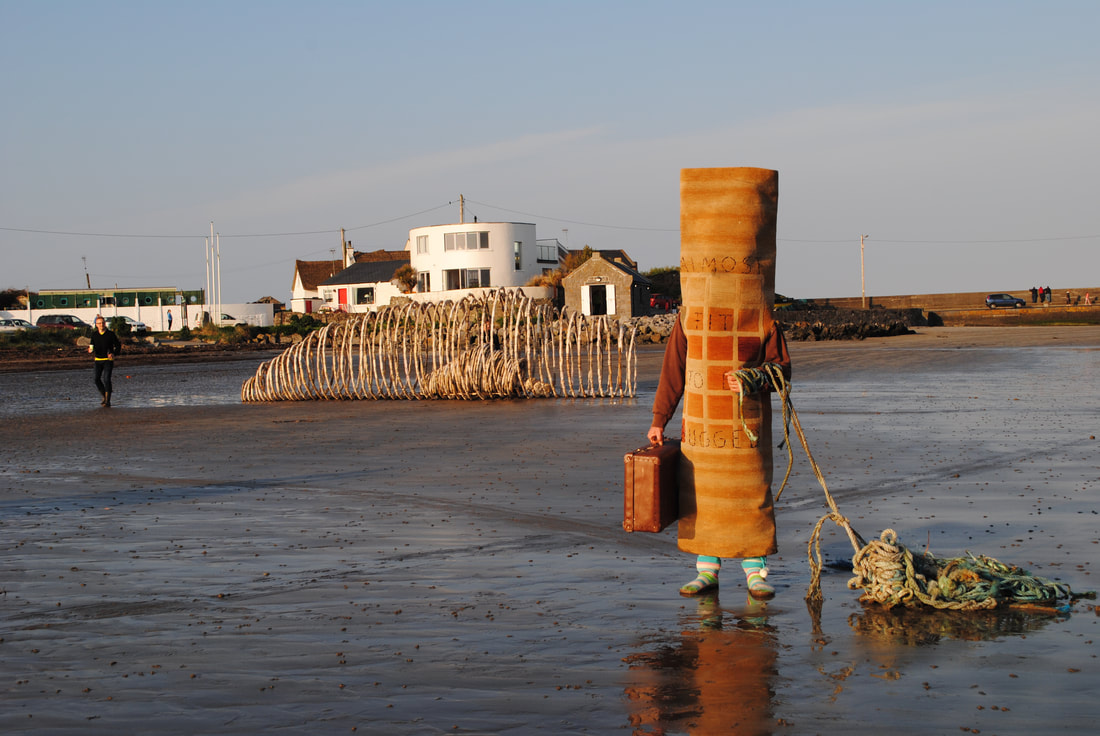 Carpet Man at Loughshinny Beach, 1st May 2017, during the filming of Out Too Far (Wishing Too Many Things)

As part of the The Road Is Paved With Good Intentions exhibition at Droichead Arts Centre (Jan. 2015), Carpet Man and writer Christodoulos Makris (http://yesbutisitpoetry.blogspot.ie/) collaborated on a performance on opening night. Both were responding to various discarded materials used in the gallery installation with treatments of contemporary cultural detritus.

This Room Is Not Dreamless, Soundwaves, Skerries, 2014