To watch a poetry reading in connection with the exhibition by Enda Wyley and Thomas Brezing please click here: www.youtube.com/watch?v=frdrdURWA-I

The Loneliness of Being German, a two-person show with Vera Klute and Thomas Brezing, runs 9th of July until 12th of September 2021, at Limerick City Gallery. Image: Perhaps the Future doesn't need us, oil on canvas, 200 x 400cm. Link to gallery
​ 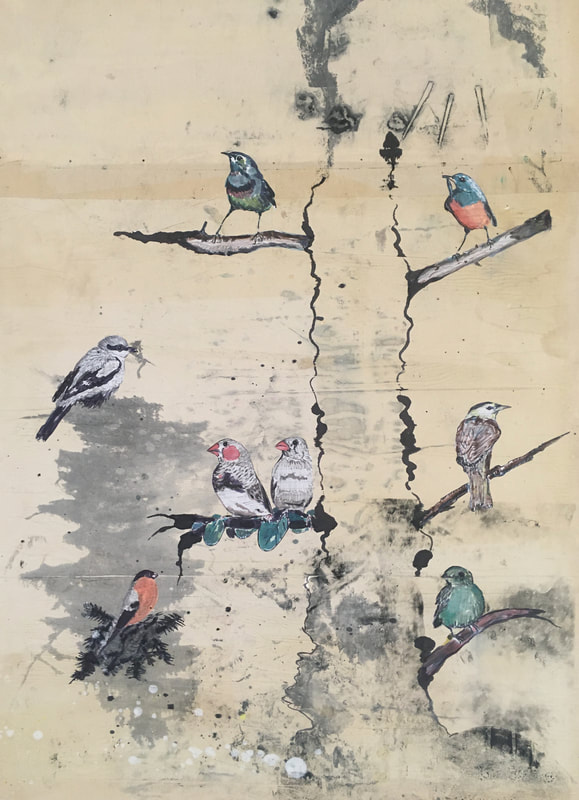 Perhaps Our Awakening Is Our Deeper Dream at Golden Thread Gallery, Belfast, curated by Sharon Murphy,
Friday 2.October - Wednesday 28th October 2020.
To view a video about the exhibition please click here
This exhibition was supported by Fingal Arts Office through the curator-artist mentorship scheme. 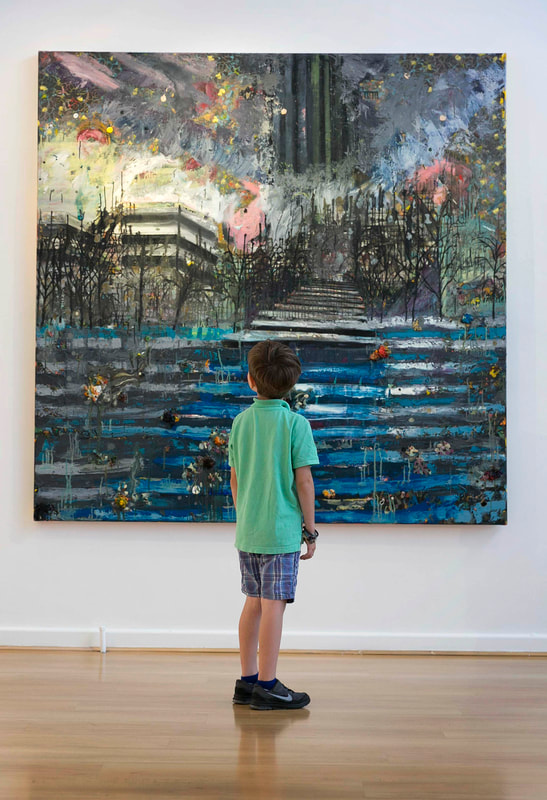 The painting Leaving Nineveh which is part of the Fingal County Council Collection has been permanently installed in the Our Balbriggan office, Co. Dublin.. 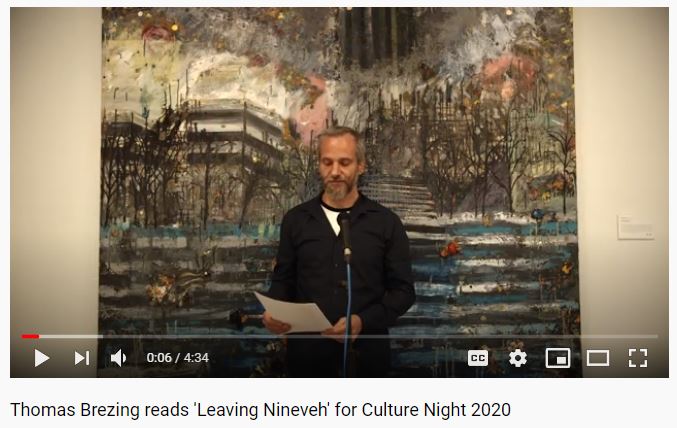 A video was filmed of me reading a poem about the painting, please click on link here 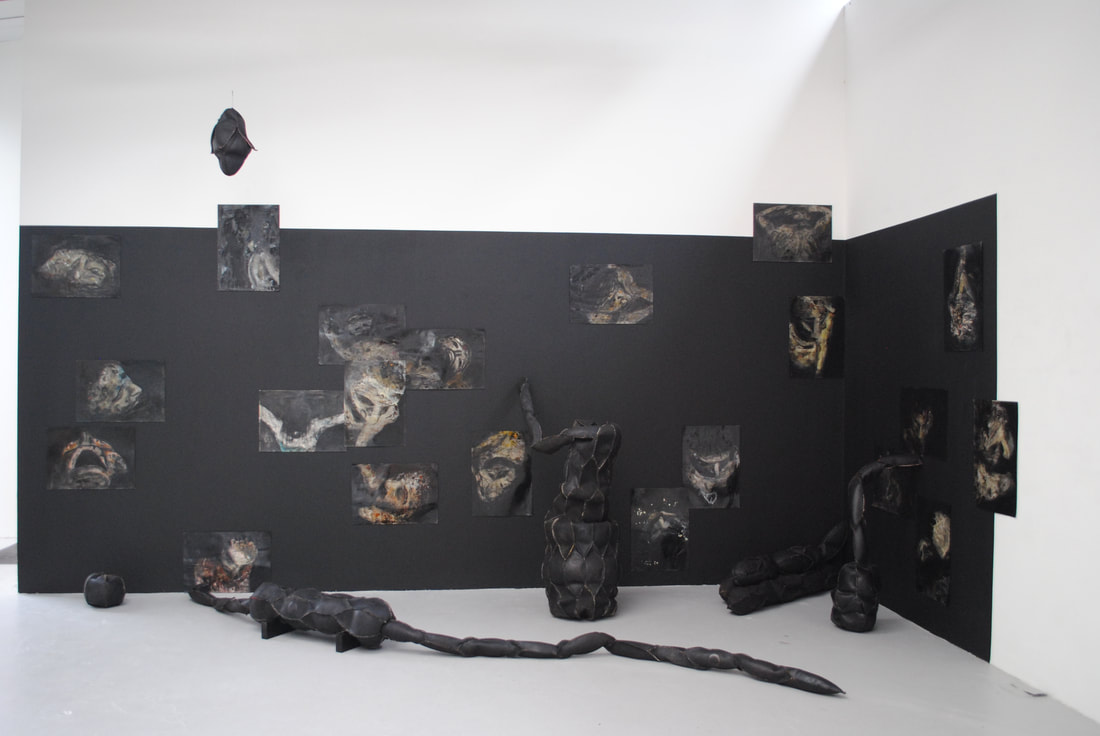 ''Will There Be Singing In The Dark' is an installation work which was part of 'The Consequence Of Memory And Pulse' 3-person show at the Burren College of Art, Ballyvaughan https://www.burrencollege.ie/
12th September - 18th October 2019, with Sean Cotter, Thomas Brezing and Gary Robinson.
My contribution to this exhibition was supported by Fingal Arts Office through the Fingal Artists Support Scheme Award 2019.
​ 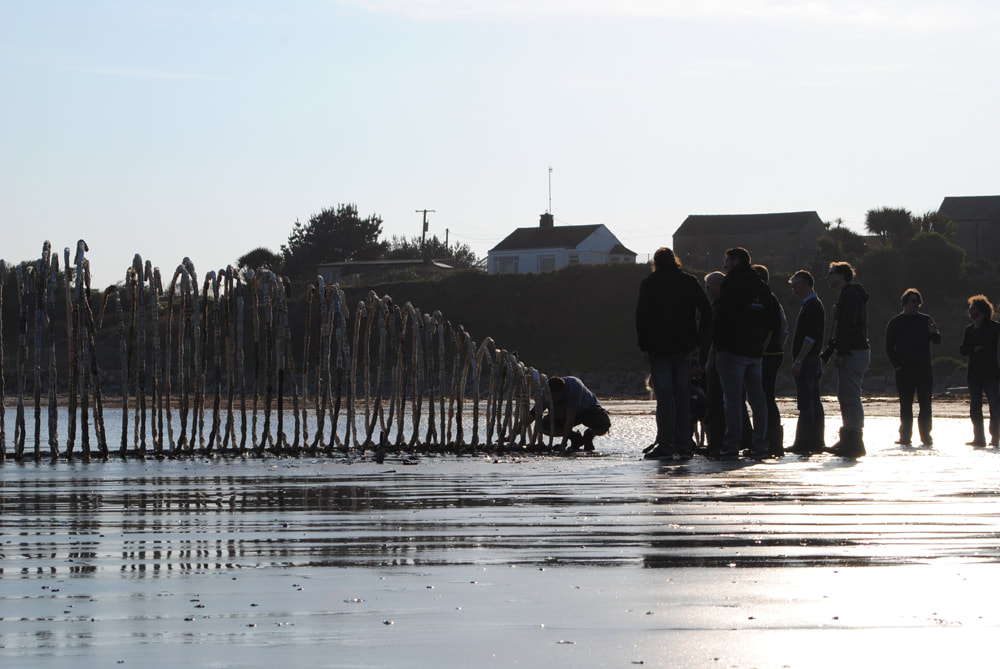 The Making of 'Out Too Far (Wishing Too Many Things)', edited by Liam McGrath, 20th November 2018. 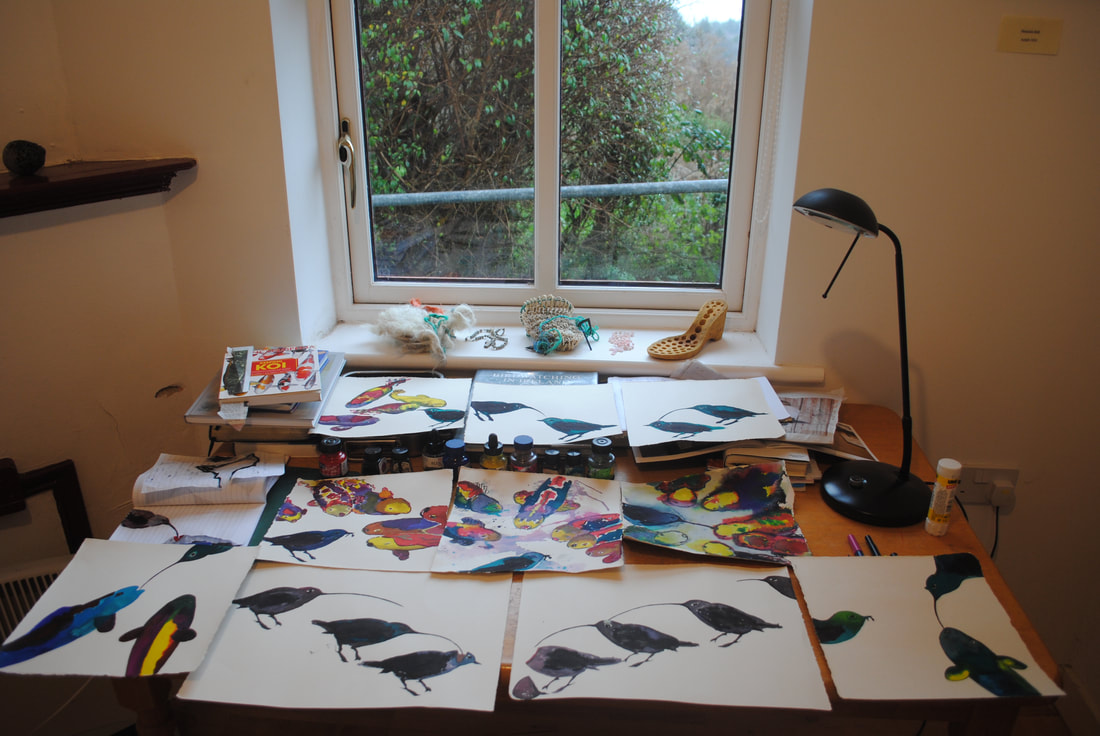 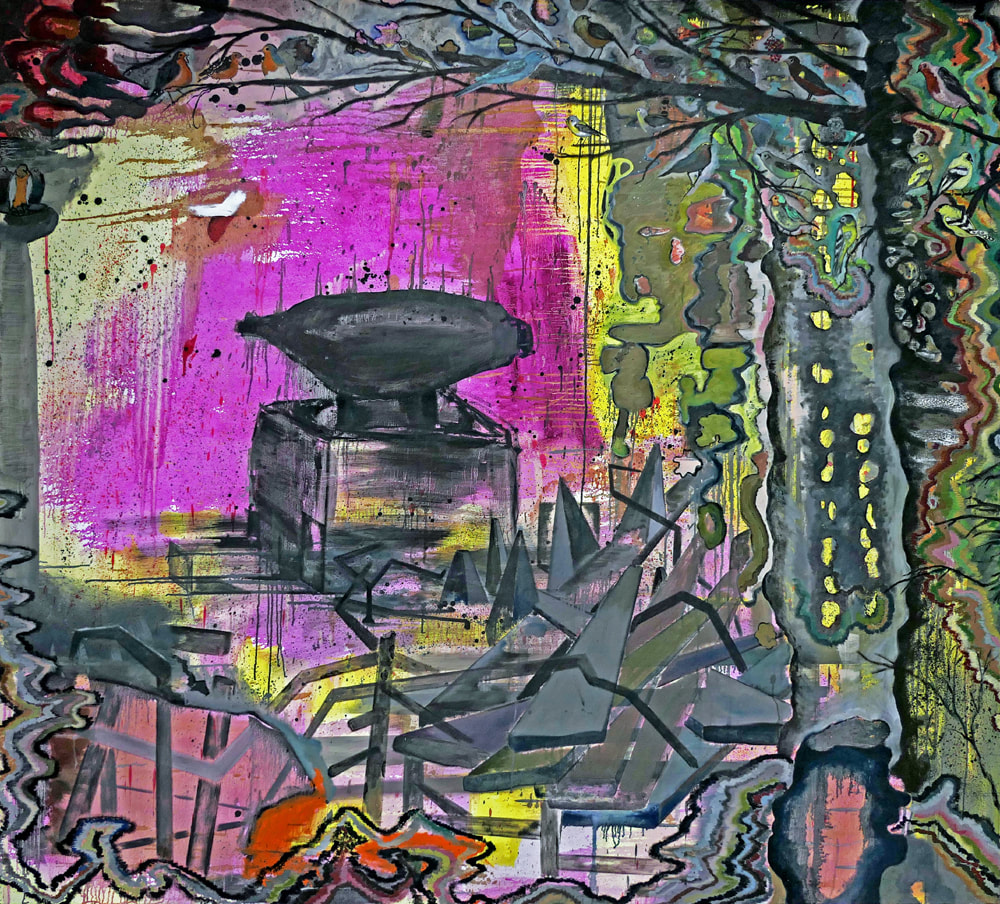 
‘A quote from Wendell Berry in the exhibition catalogue provides a clue to Thomas Brezing’s concerns. Berry was a romantic agrarian who criticised urbanisation and flight from the land. Brezing’s images of huddled masses, lost souls and plodding lines of humanity reference our current immigration problems, and the alienation of those displaced from the land. The Technicolor nightmare of the city, as seen in Hand in Hand is the Only Way to Land, is the inferno into which these unfortunates have been thrown. Anvil Dust, the title of the show, is a by-product of the blacksmith’s trade. Brezing was brought up in the Black Forest and remembers his blacksmith father’s hands being permanently stained grey by ingrained dust. In a parallel that would excite a Freudian, Brezing also aspires to permanence in grey. He has said ‘Every painting is a new attempt at painting an empty grey canvas.’ Some potential viewers will be encouraged to hear he has so far failed in this minimalist ambition. These paintings are richly coloured expressionist works dense with the bustle of a busy and preposterous world, and bleak with the plight of humanity gathered in hopelessness.’
John P O’Sullivan, 23rd September 2018, The Sunday Times 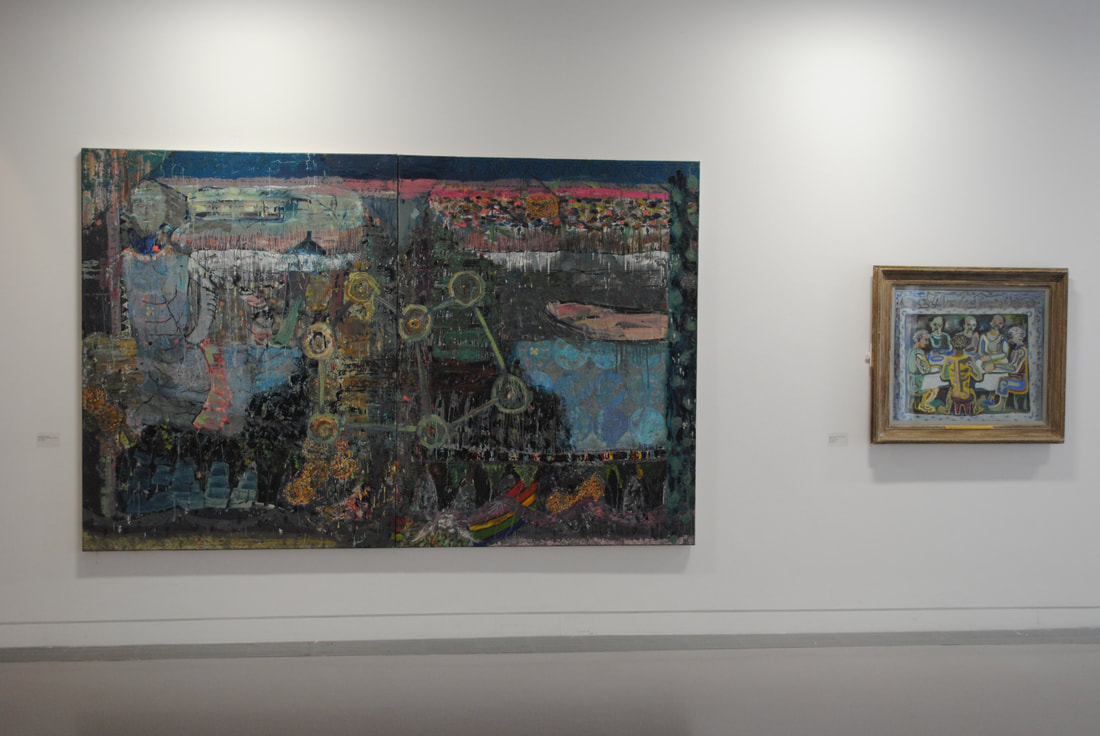 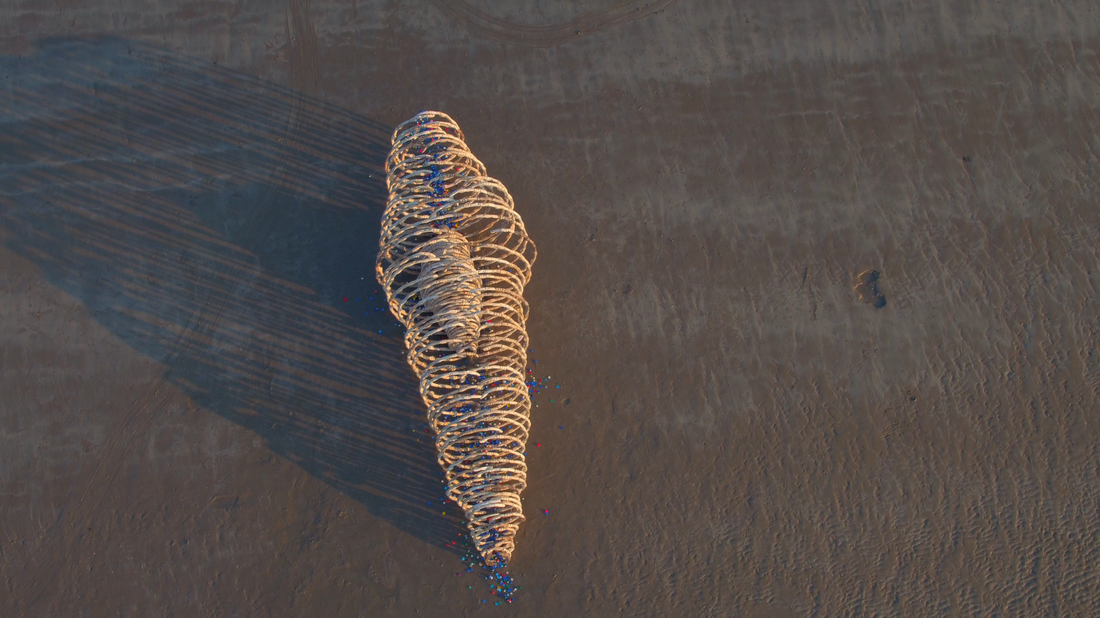 Film still, Out Too Far (Wishing Too Many Things)
To watch the film (9 min duration) please click here 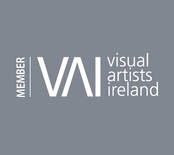